@bgcarlisle I understand. Lots for him to be yelled at for.

I do give the Liberals credit for instituting the carbon tax; it is a concretely positive step, and the PCs would not (and will not) take any meaningful action.

I wish they would say "PBO says it has to go to $102/ton to meet our Paris targets: OK, that's what we're doing" instead of fuzzy promises.

But that would probably be political suicide due to the (apparent) majority of voters who see taxes of any kind as evil.

@bgcarlisle Indeed! Ideally with Firefox (as Apple broke support for the Safari connector).

BTW I award you bonus points for the nifty Zotero icon

O-ho, and the editor's reply: "The biggest issue on our end is that we rely on the royalty payments we receive from MUSE and JSTOR to run the journal and our contracts require exclusivity."

$$$, and a possibly overly conservative reading of those contracts? I can't imagine every journal on MUSE/JSTOR is blocked from offering OA options.

My response: "This is indeed unfortunate, as it means that our faculty and students cannot comply with open access mandates from funding sources such as the Social Sciences Humanities Research Council (SSHRC). Non-compliance would render them ineligible for future grants. I will therefore have to recommend that they choose a different venue for publishing their work."

@mplouffe No, I explicitly asked for that option on behalf of the faculty member and was told no.

Not even a pre-print fer crissakes!

Journal's reply to a request to allow deposit of a post-print copy of an article to an institutional repository:

This, despite pointing out SSHRC (amongst many other funders) "open access within one year" publication requirements.

@jc Oh nice! I was given one hour to lead an intro to Zotero workshop yesterday and hoo boy that was tight. At least they already had Zotero & browser connector installed before it began.

@jc Nice job weaving the critical angle into the session! How long did you have to lead them through all this?

Side note: figured out how to use stem: blocks in Asciidoc so that I can continue taking notes on my laptop rather than scrawling in my notepad.

I think it helps to be able to express things in the required notation rather than just using symbols, e.g.

I survived day one. The agenda was... ambitious, and predictably the workshop leader began to start skipping through content. Which leads to shaky foundations, because of course almost all math builds on previous math.

So the next three days are going to be very challenging. But I can do it!

Settling in as a student in what's going to be a heck of a day. Coming up: 200+ slides and associated exercises in set logic / basic algebra, and functions.

Workshop hasn't started yet but I've already pointed out a transposition error in one of the problems and a Markdown quirk (lettered list in source generating a numbered list output, screwing up references) to the instructor. Probably a nervous/defensive reaction on my part. Have to try not to be _that student_

@bgcarlisle @hugh @bthall I hear you. If only we could convince journals to adopt an epub-like plain HTML format that would support responsive design and not rely on gobs of JavaScript...

@hugh @bthall @bgcarlisle OJS unfortunately seems to be designed to publish purely PDF journals. It kills me that the journals we publish can't even offer HTML as an option.

@ksteimel I predict you will love Montréal. You're arriving at a great time to experience the city! I've been here for eight months and am on my way back to pack up and move back home this week.

It will be great to be with my family again but I will miss the city...

@bgcarlisle @amiloradovsky Hmm, while I'm a FOSS advocate, I hope I'm not that kind. Per my current attire...

I was about to recommend zenodo.org as a data repository then discovered it has been down for over three hours. #notGoodTiming. 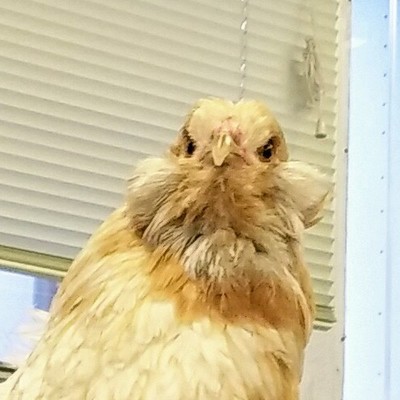 do you know any really good books about gender? please let me know!