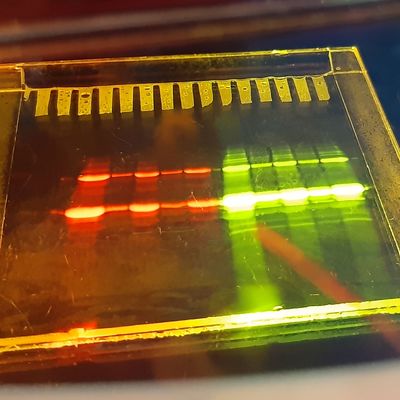 Hey, hey! I'm a grad student, currently based in Germany and working on microbiology, specifically archaea. Never heard this word before? Glad you asked, I'll be happy to talk about it :)

verity, in a pantry near you @noctiluca@scholar.social

@u_n0 I love those little critters. Welcome to the fediverse and tell us about why you study archaea!

the first discovered archaea were extremophiles, some of them living basically in boiling water, in very acidic environments. How cool is that? Also, they look like bacteria, but they are actually more closely related to Eukaryotes (and, as such, to us). This is from an evolutionary point of view fascinating. And since they are not known pathogens (though important in other areas), they are nearly not as well understood as bacteria

@u_n0 yeah extremophiles are fascinating to me because they're the living examples of life under very different conditions to the "norm". I'm familiar with their closer relation to us than bacteria as shown by ribosomal proteins' sequences. But i don't know any of the other lines of evidence. (I presume there are others?)

Anyhoo, I'm glad you're on the local timeline!

@danwchan well, first it is important to say that extremophiles per se are not a phylogenetic group. You find archaea, bacteria, and even eukaryotes (like the famous tardigrade) amongst the extremophiles.
As for the similarity between archaea and eukaryotes, there are several lines of evidence. The 16s rRNA is one of them, but archaea also have eukaryotic protein signature, which are absent in archaea, e.g..

@danwchan and thanks for being so welcoming!